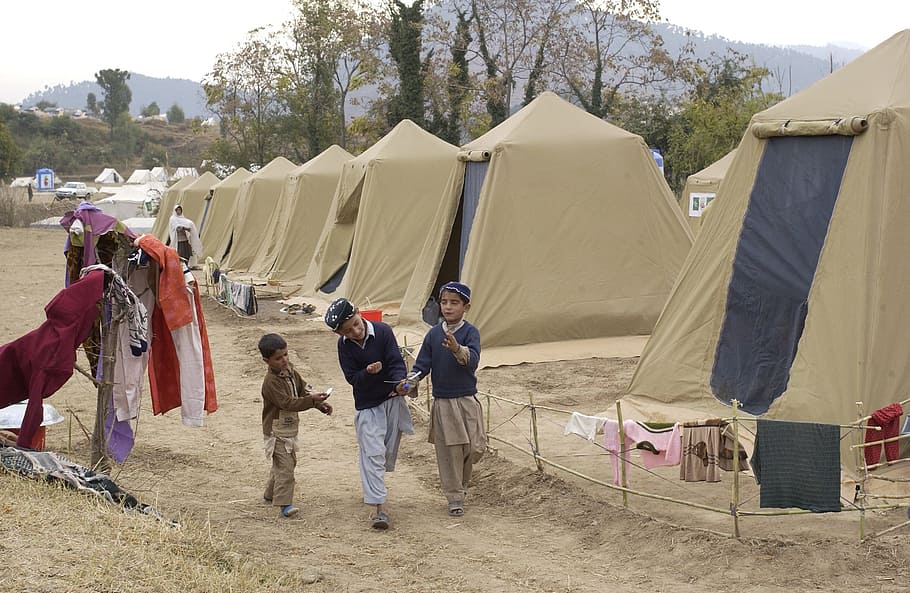 In 1979, the Soviet Union launched its invasion of Afghanistan, sowing seeds of conflict in the nation and bringing chaos, destruction, and disorder with it. Although the disastrous Soviet invasion would come to a close in just under a decade, the war in Afghanistan wouldn’t see a similar end. Instead, the country has been embroiled in perpetual conflict ever since.

In the more than 40 years since 1979, Afghanistan has endured much. Amidst continuous warfare, the country has experienced the rise and domination of terrorist groups, a ruinous American intervention that has lasted for 18 years and counting, and millions upon millions of civilian deaths. As the conflict has dragged on, Afghanistan’s neighbors—Pakistan and Iran—have shouldered the brunt of the war’s external spillovers.

Today, Pakistan continues to deal with the effects of the war in Afghanistan. With Afghans seeking refuge in Pakistan year after year, over 1.5 million registered refugees now live in the country, making Pakistan the second-largest host of refugees worldwide [1].

Although many Afghan refugees in Pakistan have settled in Peshawar and other major cities across the country, hundreds of thousands of refugees find themselves living in the many sprawling camps and unplanned settlements that scatter rural Khyber Pakhtunkhwa (KPK) and Balochistan [2].

Pakistan officially terms these settlements as “refugee villages.” One such village is the Panian Camp in Haripur, KPK, home to over 60,000 refugees and one of the 10 largest refugee camps in the world.

With 54 of these camps located across the country’s northwest, Pakistan’s government takes the responsibility of monitoring them while the UNHCR provides support and services [3].

However, these often densely populated refugee villages are far from ideal places to live. Due to Pakistani policy, refugees are largely restricted from traveling outside of these settlements and must receive approved documents or permits in order to do so [4]. Due to this extreme confinement, many refugees in these villages find themselves economically disadvantaged and unable to financially support their families.

In addition, these villages lack access to many facilities and vital institutions. Without state-sponsored schools, refugees have had to rely on educational institutions set up by the UNHCR, which have so far managed to assist 56,000 children in these settlements [4]. However, considering that over 500,000 Afghan refugee children reside in Pakistan, an education remains out of reach for many.

Journalists in the region have consistently reported that in addition to a lack of educational institutions, Afghan refugees often complain of an extreme shortage of medical and sanitation facilities in these camps as well [4]. And given the high proportion (69%) of the refugee population consisting of women and children, these refugees remain extremely vulnerable without proper access to vital facilities and proper care [5].